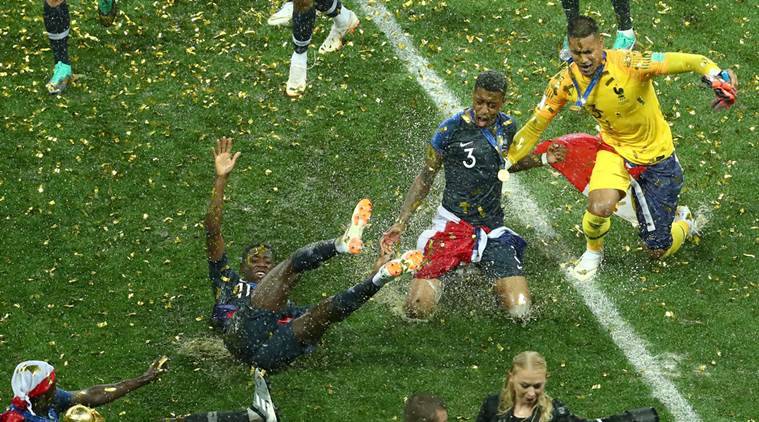 Finlay Fisher, 11, wrote to Grealish, whose sister has cerebral palsy, to say it was his “dream” to meet him. When they met, the City player promised to do the youngster’s goal celebration if he scored in Qatar.

The young football fan behind Jack Grealish’s goal celebration at England’s World Cup opener has said he “can’t believe” his hero remembered to do it.

Finlay Fisher wrote to Grealish, whose sister has cerebral palsy, to say it was his “dream” to meet him.

Before flying out to Qatar, Grealish, 27, visited the 11-year-old at a City in the Community event in Manchester, where the schoolboy made him promise to adopt his new goal celebration when he next scored.

Finlay, who also has the condition, told Sky Sports News he “honestly couldn’t believe it” when he saw his favourite player copying the move after scoring against Qatar on Monday.

He said: “At first I thought he’d forget the celebration, and then I was like ‘oh no’.

“And then when he did it I was so happy, I was so excited I was like ‘come on!’

“I can’t believe that he did that for me. It’s just extraordinary.”

The Manchester City star has spoken of his close bond with his younger sister, who has the same diagnosis, which affects movement and coordination.

Asked how it made him feel, Finlay said: “His sister has cerebral palsy so he knows what it’s like and he can relate to me.

“It’s really nice that someone that big can relate to you and it really brings awareness to cerebral palsy.”

Grealish tweeted after the match: “For you Finlay” after scoring England’s sixth goal in Doha on Monday. The final result at the Khalifa International Stadium was 6-2.

England manager Gareth Southgate praised Grealish for the move, describing him as a “lovely human being” who is “very aware of the impact he can have”.

Finlay’s father Dan, who is a Manchester United fan, said it was “crazy” and “incredible”.

“It’s gone from just a letter to Jack Grealish to this mad thing that’s on every news site,” he said.

He also revealed Finlay nearly missed the match in hospital after hurting his ankle.

Asked if he had a message for his favourite player, Finlay added: “Thank you and it’s coming home, come on!”