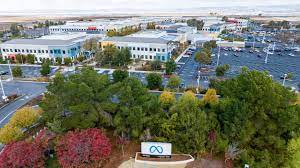 Once upon a time, young graduates thought they had a choice to make:they could become rich but miserable in an investment bank or law firm,or they could live without a huge salary but do something more fun. Then the big technology companies came along.

Suddenly, it was possible for someone with a certain set of skills to have fun and get rich at the same time.The tech firms seemed to represent a less hierarchical world of work where everyone wore jeans and T-shirts and merit was what mattered most.The salaries were high and the stock options plentiful.

If you were lucky, your employer would also take care of the boring parts of life, doing your laundry is year, tech companies accounted for five of the top 10 places to work in the US based on employee reviews on Glassdoor. for you, cooking you meals and taking you home at night.

Policymakers and economists soon came to see tech workers as the archetypal winners of the 21st century economy:firmly at the “lovely” end of the growing gap between “lovely” and “lousy” jobs.

When some employees in the sector tried to unionise, the response from companies and investors was often to argue these were already dream jobs, so what was the point?

As one investor put it, tech workers trying to unionise were “appropriating the language of exploited coal miners while enjoying the most privileged, white collar work experience in human history”.

That story has been punctured by a series of mass lay-offs by tech companies in recent weeks. Meta has sacked 11,000 workers or 13 per cent of its workforce.

Elon Musk, Twitter’s new owner, has reduced the group’s headcount by half. Amazon plans to cut about 10,000 jobs, while Stripe,a private payments company, culled 14 per cent of workers. It has been a brutal experience for staff.

In most cases (Twitter is a somewhat different story) the job cuts are the reversal of a recent hiring binge.Tech companies had bet on the continuation of an unusual macroeconomic environment that was in fact about to end.Consumers are no longer confined to their homes with only ecommerce to spend their money on. Interest rates are no longer at rock bottom.

It’s hardly the end of these companies. Meta still has more staff than it did last year. But the mass lay-offs do offer a couple of lessons.The first is that, whether or not everyone is wearing jeans, many tech companies are highly autocratic.

It was striking — and refreshing — to see chief executives take personal responsibility for the lay-offs. But it was also a reminder of how much power they have.

At Meta, for example, investors have been increasingly frustrated by how much money chief executive Mark Zuckerberg was sinking into the “metaverse”.

Meta’s dual share structure allows him, with 13 per cent of the equity, to control more than half the votes.

“I made the decision to significantly increase our investments,” Zuckerberg wrote in a memo to staff last week. “I got this wrong, and I take responsibility for that.”

The speed of the lay-offs by these global companies has also crashed into the spirit of employment law in the UK and Europe.“In many countries around Europe, you need to give warnings to public administrations or works councils or trade unions, even if the company is not unionised, you have to have a plan that mitigates the social impact of your choices,”

says Valerio De Stefano, a professor at Osgoode Hall Law School in Toronto. The idea of these laws is not to prevent companies from making lay-offs, he says,but to make sure they happen fairly and with due warning. “We have a very rude awakening now, it is happening without any control or consultation, just someone who says: ‘Sorry, it’s my fault’.”

For employees, the experience underlines the fact that benevolent dictatorships can seem fine until they’re not so benevolent any more. Even people who have kept their jobs are seeing some benefits change. At Twitter, Musk has announced that everyone must work at least 40 hours in the office, upending life for people who had planned on remote work.

Trade unions hope the lay-offs will help them to make the argument that unions are not just about trying to improve poor working conditions,but also about having a real voice and a seat at the table. Mike Clancy, the general secretary of UK union Prospect, says the union has some members at Twitter and hopes to recruit more in the tech sector.