"Happy Moms: The Key to a Fulfilling Life" Being a mother is a challenging and rewarding journey, but it can also be quite stressful and...
Read more
Business

If you tried to play Heardle this morning and got redirected to a Spotify website, that wasn’t a glitch. Spotify announced today that it acquired the Wordle-inspired music guessing game, which the streamer will leverage to support music discovery.

Heardle is one of many beloved spinoffs that have cropped up in the vein of Wordle, the daily word game that became so popular that it was acquired by The New York Times. In the game, you’re served the first second of a popular song. If you can guess which song it is within one second, then congrats, you win! If not, you have six tries to guess, and after each failed guess, the length of the clip doubles. By your final guess, you have a full 16 seconds to see if you’re the music aficionado you think you are.

“For existing Heardle players, the look and feel of the game will stay the same, and it’ll remain free to play for everyone,” Spotify wrote in a press release. “And effective today, players can listen to the full song on Spotify at the end of the game.”

Before its acquisition, Heardle invited players to make donations via ko-fi, a creator tipping platform, to support the game. Now, its ko-fi page is no longer active. Still, some fan-made Heardle spinoffs like Lorde Heardle (… a real missed opportunity to call it “Lordle”) remain online. 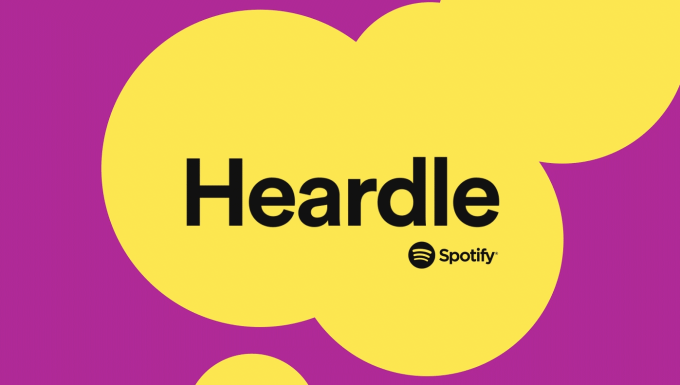 The New York Times acquired Wordle for an undisclosed amount in the “low seven figures,” but Spotify didn’t disclose the cost of its Heardle purchase. The Wordle acquisition seems to have paid off for the newspaper, which noted in its quarterly earnings that the game brought “tens of millions” of new users to the site. After playing the day’s Wordle puzzle, users are served a small ad for another New York Times word game called Spelling Bee. So, it’s probably not a coincidence that The New York Times saw its best-ever quarter for net subscriber additions to Games after its January acquisition.

Though Heardle may not be as popular as Wordle, it’s still a strategic get for Spotify. According to web analytics firm Similarweb, the game peaked at 69 million monthly desktop and mobile web visits in March. Last month, the Heardle website was visited 41 million times.

This acquisition makes sense for Spotify as it attempts to improve music discovery and keep listeners on their app. Like its popular Spotify Wrapped feature, which even included a game this year, Heardle has the potential to drum up organic social media shares for the app. Even Spotify’s own Twitter account has joined in on the fun.

Over the last few years, Spotify has made a number of acquisitions mostly in the podcasting space, such as Anchor, Megaphone and Podz, but this marks Spotify’s first acquisition of a game. Even Netflix is trying to leverage gaming to support its original content.