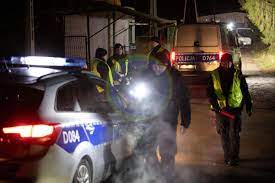 WARSAW: Two people were killed in an explosion in Przewodow, a village in eastern Poland near the border with Ukraine, firefighters said on Tuesday as Nato allies investigated reports that the blast resulted from Russian missiles.

The defence ministry in Moscow denied reports that Russian missiles had hit Polish territory, describing them as “a deliberate provocation aimed at escalating the situation”.

It added in a statement: “No strikes on targets near the Ukrainian-Polish state border were made by Russian means of destruction.” The Kremlin did not immediately respond to requests for comments.