Russia “will pay” for a Soviet-era famine that left millions of Ukrainians dead during the winter of 1932-33 and “answer for today’s crimes”, said the head of Ukraine’s presidential administration Andriy Yermak. Ukraine is working to restore electricity and water services after a recent pummelling by Russian military strikes that vastly damaged infrastructure.

“On November 26, as a result of the negotiation process, nine Russian servicemen who were in mortal danger in captivity were returned from the territory controlled by the Kyiv regime,” the ministry said in a statement.

Morawiecki said on Twitter, “Either Ukraine is victorious or all of Europe will be lost. We are stronger together.”

“Arrived in Kyiv. After the heavy bombing of recent days, we stand with the people of Ukraine. More than ever before,” he said on Twitter, posting photos of him shaking hands with Zelenskyy.

Belgium pledged a further 37.4 million euros ($39m) of financial aid for Ukraine, according to the Belga news agency.

German Chancellor Olaf Scholz marked the Holodomor, or Great Famine, by drawing parallels with the effect of the war on Ukraine on world markets.

“Today, we stand united in stating that hunger must never again be used as a weapon,” Scholz said in a video message.

“That is why we cannot tolerate what we are witnessing: the worst global food crisis in years with abhorrent consequences for millions of people – from Afghanistan to Madagascar, from the Sahel to the Horn of Africa”.

He added that Germany will contribute another 10 million euros ($10.4m) to efforts to help expedite grain shipments under a UN-brokered deal from Ukraine.

Ukraine, a key supplier of wheat, barley, sunflower oil and other foodstuffs has resumed shipments but falls far short of pre-war levels, driving up global prices.

For a roundup of the war’s key events from day 276. 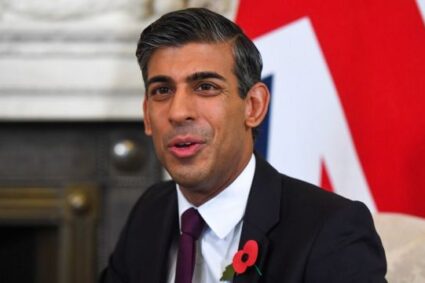