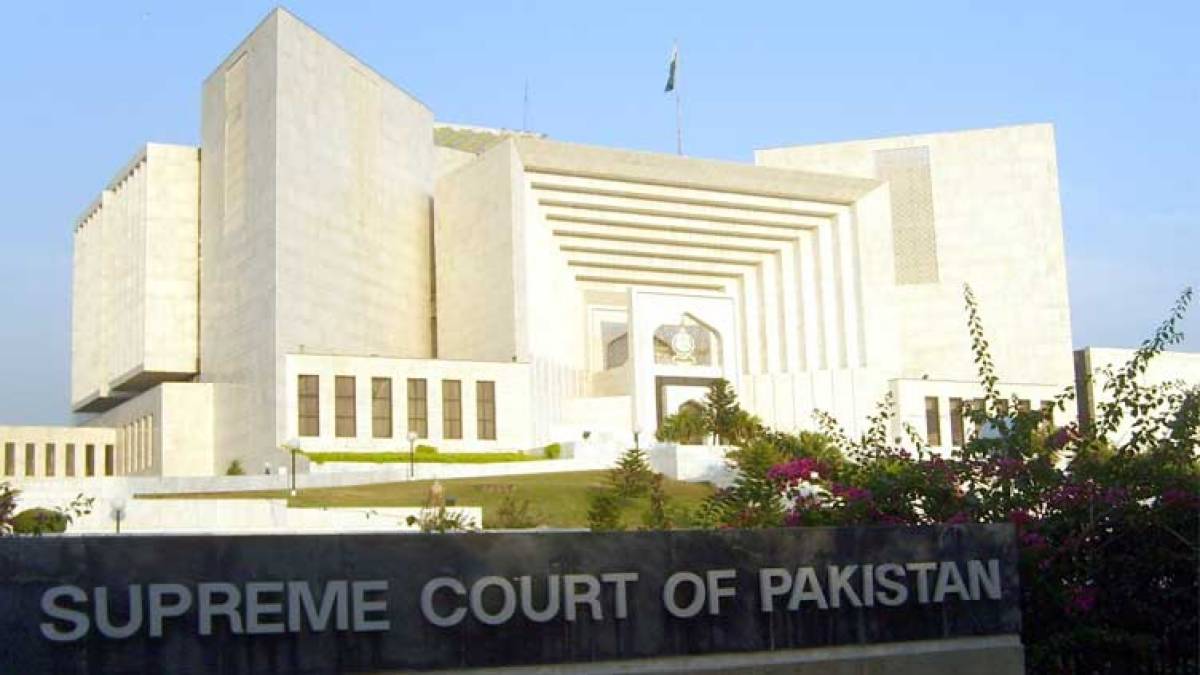 Chief Justice of Pakistan (CJP) Umar Ata Bandial on Thursday dismissed a petition to stop Pakistan Tehreek-e-Insaf’s (PTI) ‘Haqeeqi Azadi’ march and remarked that it is a political problem that can be solved politically.

The CJP made the remarks during the hearing of a petition filed by Senator Kamran Murtaza against the PTI’s long march.

The chief justice asked the petitioner whether he is afraid that the incident of May 25, wherein the participants of the ‘Azadi March’ violated a court order about the limits set for it, may happen again.

During the hearing, Justice Bandial also asked the senator if he has mentioned past violations in the application, adding that interference in these types of issues creates an awkward situation for the court.

While referring to PTI’s ‘Azadi March’ which was held earlier this year in May, the CJP inquired whether the participants had weapons, adding that the right to protest is not unlimited but is subject to constitutional limits.

“You are saying that the long march is within the boundaries of Punjab. Have you contacted the Punjab government?” asked the chief justice.

Justice Bandial further questioned whether the court can intervene if the link between the province and the federation is dysfunctional.

“You are a senator, strengthen the parliament,” the CJP told the senator. He also said that if there is a clear threat of constitutional violation, the judiciary will intervene.

Justice Minallah then remarked that the executive has wide-ranging powers if someone violates it and asked would the administration and parliament not be weakened by the intervention of the judiciary.

During the hearing to request to stop the long march, the court also inquired whether the place for the march has been determined and called Additional Attorney General Chaudhry (AAG) Amir Rehman to the rostrum.

The AAG told the court that the administration had asked PTI to hold a rally in Rawat, adding it had sought an affidavit from the PTI, which has not yet been filed.

Justice Minallah asked the AAG whether he is implying that the state is helpless and cannot do anything.

To this Rehman replied that if 20,000 people arrive in the capital, it becomes difficult to stop them practically, adding that the government wants to avoid any bloodshed.

The CJP then remarked that every citizen is affected by such a situation. However, he maintained the court does not want to give an order that is not followed.

During the hearing, the petitioner also informed the court that PTI’s long march started 2 weeks ago, adding that according to senior PTI leader Fawad Chaudhry, the march will reach Islamabad on Friday and Saturday later this week.

Murtaza further maintained that normal life may be affected due to the party’s long march.

“Long march is the right of PTI but the rights of the common man should not be affected,” the senator told the court.

Justice Ayesha Malik then inquired whether the government has made any mechanism to regulate the protest.

“Do you think that the administration has become so weak that it cannot control the long march?” questioned Justice Athar Minallah.

The petitioner replied that it seems that the administration cannot control the situation. However, the CJP maintained that apparently, the intervention of the court in the case of the long march will be premature.

Justice Minallah further said that this is a matter for the executive and that it should be referred to them, adding that the judiciary can intervene only in exceptional circumstances.

“Why should the court interfere when the administration has wide-ranging powers to control such a situation?” remarked Justice Minallah.

While giving further arguments in the court, the senator maintained that the matter has gone ‘too far now’ and added that a person was killed in the attempted assassination attempt on PTI chief Imran Khan.

To this, Justice Ayesha questioned if the petitioner had approached the administration as the march has been going on for many days now.

“What is haste in the case of the long march and what is the negligence of the administration?” Justice Ayesha further questioned.

“There are protests in many places including Parliament in Islamabad. Have you ever gone to court against other protests? Why is the intervention of the court necessary in the long march of a particular party?” Justice Ayesha questioned.

Advocate General Islamabad Jahangir Jadoon also appeared in the SC. The chief justice inquired what the administration has done regarding the long march.

Jadoon told the court that the administration had asked the PTI about the date, time, and place, which had not been replied to.

The advocate general furthered that the case on the permission of the rally in Islamabad is pending in the IHC.

The court then dismissed the senator’s petition against the PTI’s long march.