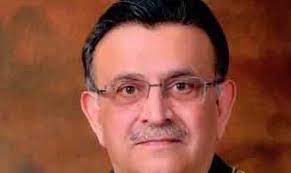 ISLAMABAD: While the Supreme Court on Friday wondered whether PTI Chairman Imran Khan would breach the law during his long march to the capital, the Islamabad High Court observed that the administration is empowered to grant permission for a jalsa, but the decision must be taken in accordance with the fundamental rights of assembly and without hampering citizens’ freedom of movement.

During the hearing of a federal government contempt case against the PTI leadership, Chief Justice of Pakistan (CJP) Umar Ata Bandial asked Salman Akram Raja, the counsel for the former prime minister: “Would you expect he (Imran Khan) will breach the law?”

The observation came when the counsel, in response to Additional Attorney General Chaudhry Aamir Rehman’s earlier suggestion to the court that PTI be asked to hold the rally in a peaceful manner, said he had no specific instructions in this regard.

Heading a five-judge SC bench, the CJP observed that in contempt cases, the court could not issue any directive and referred to the Nov 8 dissenting note of Justice Yahya Afridi in the contempt case in which the judge had expressed his reservations over the issuance of directives to the inspector general of Punjab regarding the registration of an FIR of the Wazirabad firing incident in which Imran Khan was also injured.

At the outset of the hearing, government’s counsel Salman Aslam Butt told the SC bench that on behalf of the interior ministry, he had furnished a statement with newspaper clippings and a USB containing clips and screenshots of Twitter accounts of different PTI leaders.

He claimed that the contents of USB depict the intention of the party leaders to reach D-Chowk on May 25 instead of confining themselves to the ground between sectors H-9 and G-9 despite the court’s ruling against doing so.

He said Imran Khan had stated in his reply that he could not receive the court order in time due to jammers around him, but the contents showed he and other party leaders were in touch with each other through cellphones and even giving interviews to different TV channels and sharing posts on Twitter.

Justice Ijaz-ul-Ahsan observed that it would be better if copies of the USB were provided to the respondents, which was instantly provided to Salman Akram Raja in the courtroom.

The CJP observed that the court expected that Imran Khan would respond to the contents, and then it would examine what to do. He also asked the government side if they would like to respond to the PTI chief’s detailed statement, furnished a few days ago.

“Come back to us again if so required (in case of any eventuality during the long march),” he said.

Separately, IHC Chief Justice Aamer Farooq, while hearing identical petitions related to the upcoming PTI sit-in in Islamabad, observed that the capital administration must not allow blockade of roads and would be required to balance the right of a political party to hold public procession with citizens’ right of free movement.

The petition filed by PTI leader Ali Nawaz Awan sought permission to hold rally in Islamabad, while the plea moved by local traders was against the PTI’s protest.

Barrister Duggal told the court that PTI’s application seeking permission to hold Jalsa on Nov 3 has become infructuous since the date has already lapsed.

AAG Jadoon argued that the applicant was still not clear about the date for which he was seeking a no-objection certificate (NOC) for the rally.

Justice Farooq observed that the court cannot suggest the venue for a public demonstration as it’s a discretion of the district administration which can grant permission for D-Chowk or Fatima Jinnah Park, adding that the commissioner office is also empowered to laid down conditions, rules and regulations for the procession.

The IHC chief justice pointed out to the PTI lawyer that the long march has blocked the GT Road, Motorway and other roads at different points and advised the party to demonstrate responsibility with their deeds.

The Islamabad Police submitted a report to the court on intelligence information according to which there might be another assassination attempt on Imran Khan.

The IHC chief justice said the district administration should also keep this aspect in mind as well as it is the duty of the government and the state to protect the life of every citizen.