WASHINGTON, Jan 21 (Reuters) – A new search of President Joe Biden’s home in Wilmington, Delaware on Friday by the U.S. Justice Department found six more items, including documents with classification markings, a lawyer for the president said in a statement Saturday night.

Some of the classified documents and “surrounding materials” dated from Biden’s tenure in the U.S. Senate, where he represented Delaware from 1973 to 2009, according to his lawyer, Bob Bauer. Other documents were from his tenure as vice president in the Obama administration, from 2009 through 2017, Bauer said.

The Department of Justice, which conducted a search that lasted over 12 hours, also took some notes that Biden had personally handwritten as vice president, according to the lawyer.

The president offered access “to his home to allow DOJ to conduct a search of the entire premises for potential vice-presidential records and potential classified material,” Bauer said.

Neither Biden nor his wife were present during the search, the attorney said. Biden is in Rehoboth Beach, Delaware, for the weekend.

Justice Department investigators coordinated the search with Biden’s lawyers ahead of time, Bauer said, and the president’s personal and White House lawyers were present at the time.

Other classified government records were discovered this month at Biden’s Wilmington residence, and in November at a private office he maintained at a Washington, D.C., think tank after ending his tenure as vice president in the Obama administration in 2017.On Saturday, Bauer did not make clear in his statement where in the Wilmington home the documents were found. The previous classified documents were found in the home’s garage and in a nearby storage space. 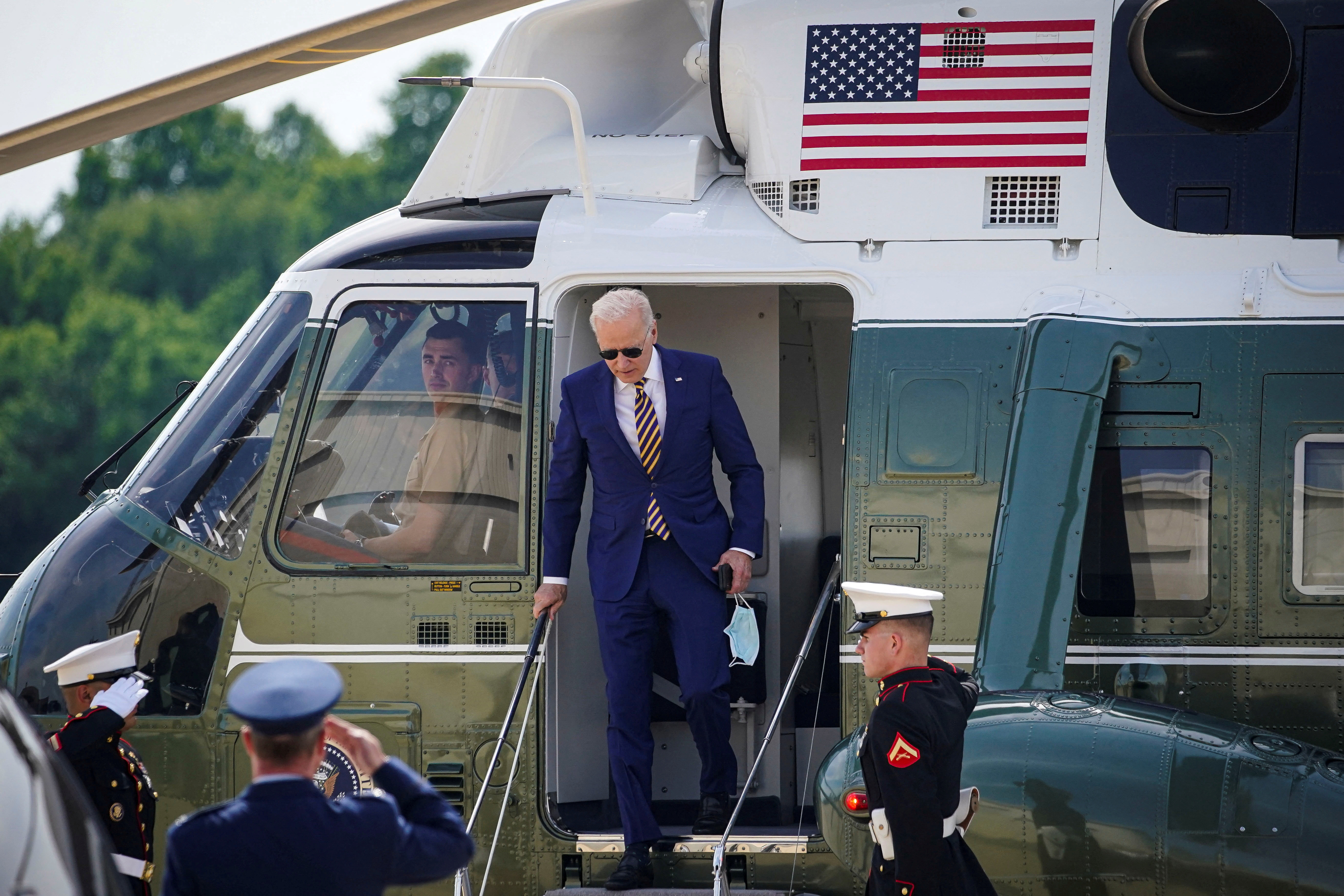 [1/4] U.S. President Joe Biden arrives on Marine One for a weekend trip to his home in Wilmington at Delaware Air National Guard Base in New Castle, Delaware, U.S., June 18, 2021. REUTERS/Al Drago

Special counsel Robert Hur, who was appointed during the process, is investigating how the president and his team handled Obama-era classified documents that were recently found in Biden’s private possession.

Biden’s lawyers found all the documents discovered before Friday’s search by the DOJ, according to the White House. The latest search was the first time federal law enforcement authorities have conducted a search for government documents at Biden’s private addresses, according to information released publicly.

Republicans have compared the investigation to the ongoing probe into how former President Donald Trump handled classified documents after his presidency. The White House has noted that Biden’s team has cooperated with authorities in their probe and had turned over those documents. Trump resisted doing so until an FBI search in August at his Florida resort.