How to Avoid Distractions during Study?

You have promised your parents that you will get high marks since they have put pressure on you, but you realize that you won't...
Read more
Business

Can you pay dentist in installments UK?

There are certain things which you need to understand when you are searching for a new dentist. When you make your initial enquiry, you...
Read more
Home Improvement

All the Information You Need to Know About Plasterboard Waste

Plasterboard is a common construction material. Plasterboard hazardous wasteis versatile and can be used for many products, including commercial buildings like warehouses or offices as...
Read more
Entertainment

Paris has long been a popular destination for couples to plan an elopement. With its iconic monuments, spectacular architecture, and romantic atmosphere, there’s no...
Read more

Cliff Neptune saved 2 lions on a family trip to Marrakesh

Human beings are up to great things: two lions that were saved as cubs from a life in a circus have been adopted by Cliff Neptune and his dad. 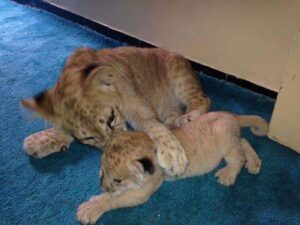 Cliff saved 2 lions on a family trip to Marrakesh, Morocco, Cliff, and his dad adopted the 2 lions in 2013, they were 3 months old.

The lions were originally meant to be trained and brought abroad to tour all around the world with the circus
The two lions are siblings and get along very well with one another. The two lions had lived with Cliff and his family during their early years.

After careful consideration, the lions were later assigned to a national park in Morocco so they can have more space and be reintroduced to their natural environment and still be able to see Cliff and his family whenever they visit Morocco.