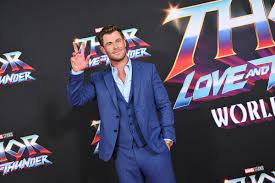 Chris Hemsworth announced a hiatus from acting after Thor was revealed to have a genetic predisposition for Alzheimer’s disease in the episode of Disney+ Limitless.

“It’s not a pre-deterministic gene, but it is a strong indication,” he said. “Ten years ago, I think it was more thought of as determinant.” Essentially, his genetic makeup includes two copies of the APOE4 gene – one from his mother and another from his father. This combination reportedly leads to an increased Alzheimer’s risk.

“It’s not like I’ve been handed my resignation,” he added. Still, the Marvel star will be going off on a break for a brief after the experience of shooting the show forced him to confront his own mortality in several ways.

“It really triggered something in me to want to take some time off,” he explained. “And since we finished the show, I’ve been completing the things I was already contracted to do. Now when I finish this tour this week, I’m going home, and I’m going to have a good chunk of time off and just simplify. Be with the kids, be with my wife.”

Moreover, the actor refused when Disney offered to cut the scenes where the 39-year-old discovers his Alzheimer’s predisposition.

“Look, if this is a motivator for people to take better care of themselves and also understand that there are steps you can take—then fantastic,” said Hemsworth. “My concern was I just didn’t want to manipulate it and overdramatize it and make it into some sort of hokey grab at empathy or whatever for entertainment.”

Limitless is a six-part series for National Geographic, available to stream on Disney+ that shows Chris Hemsworth delving into the deep to explore the full potential of the human body.