We are back with the weekly ordeal of presenting the multiple changes that happen on our respective lists of celebrity rankings. Just like every week, India Forums brings to you an updated celebrity ranking. We bring to you the Top 20 most-talked-about celebs of the week. This list is compiled on the basis of social media buzz, news articles, and multiple other factors, and that is truly what makes it interesting after all.

And once again, there are quite an array of developments to look forward to. Kanwar Dhillon and Sukirti Kandpal became the new entrants in the overall ranking while the likes of Sumbul Touqeer and Abdu Rozik continued representing Bigg Boss in the overall list.

Let us move on to the male celebrities this week. Munawar Faruqui probably witnessed the biggest rise as he grabbed the 3rd spot but apart from him, the list also witnessed returns in the form of Vivian Dsena on the 7th spot, Kinshuk Mahajan on the 17th spot and Barun Sobti on the 15th spot.

Take a look at the image- 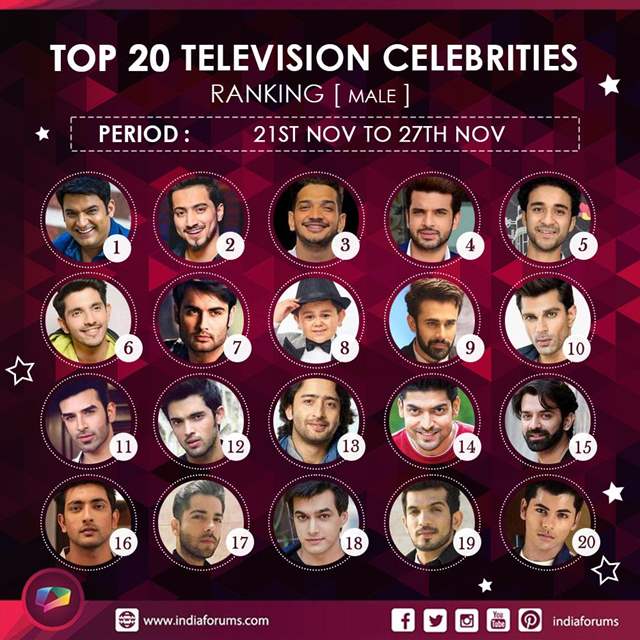 And finally, talking about the female celebrities this week, while Shehnaaz Gill continued her top position, Jannat Zubair rose one spot up to the 2nd position; after returning to the list last week, Jennifer Winget’s march up continued as she grabbed the 5th spot while new entrant Sukirti Kandpal, Drashti Dhami and Tina Datta grabbed the 12th, 18th and 19th positions respectively. 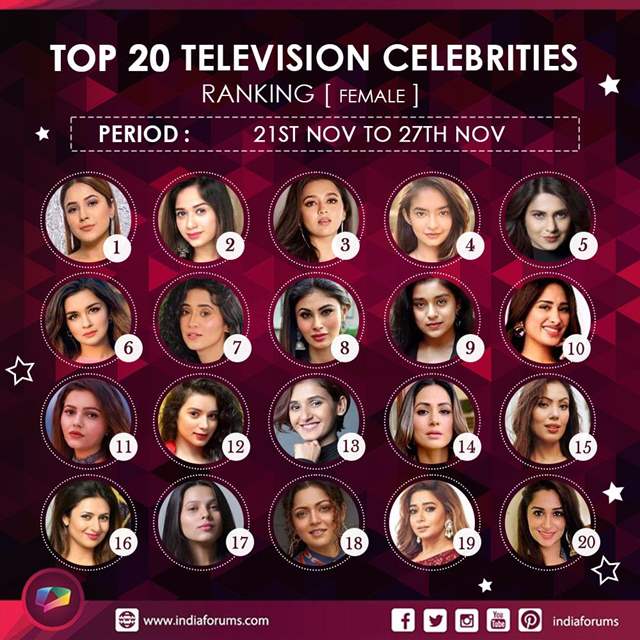